For the best bowling ball for hooking You should pay attention to surface coarseness, friction, and weight distribution. In this article, I’ll introduce you to what I personally think are the 11 best hooking bowling balls out there.

Out of the list below my top pick is definitely the Hammer Black Widow – This high-end ball has very aggressive mid-lane action that makes it the ideal bowling ball for hooking!

What Makes A Bowling Ball Good For Hooks?

The key things that impact the hook potential of a bowling ball are:

* More on the factors that influence hook potential at the bottom of the article. 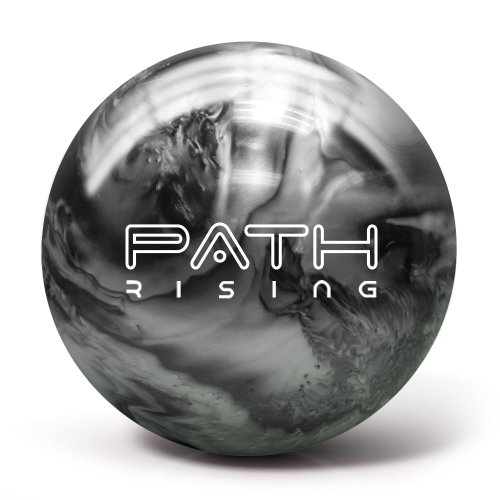 The Pyramid Path Rising bowling bowl might be that best bowling ball for hooking if you want a strong back-end action. Its reactive pearl coverstock will restrain the hook at the oily section of the lane and uncover the full hook potential at the very end.

Pyramid Path Rising is proven to be one of the best bowling balls for hooking by many players. At the same time, it is one of the most affordable ones on the market. Even though it is pretty cheap, it does not mean a bad hook potential. Its pyramid technology works great!

Although some buyers think that this ball is a good choice for a beginner, we don’t quite think it’s the best bowling ball for hook beginners. The violent back-lane action may not be very intuitive for newbies. Read more reviews. 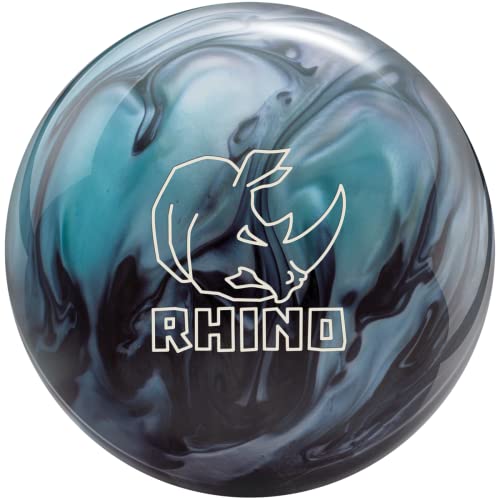 The Rhino Brunswick bowling ball has less back-end action and instead is more of a smooth performer. It’s coarse finish along with the solid reactive coverstock will make it hook earlier and will allow for a curvier back-lane trajectory.

Overall, the Brunswick bowling ball should be a little more predictable than Pyramid Path Rising due to the smoother action, and many people have praised it for the predictability. Read more reviews. 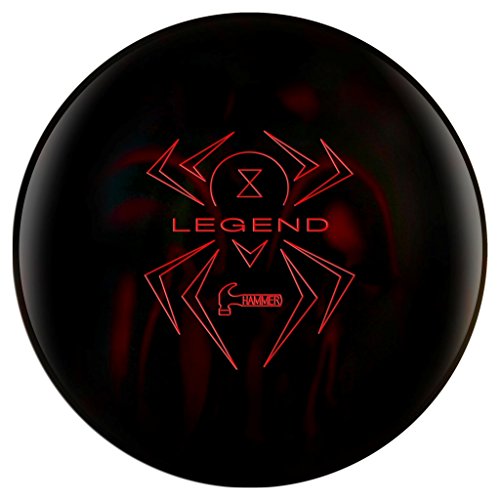 If you really want to get the best bowling ball for hooks, look no further!

Remarkably, the urethane coverstock will also somewhat restrain the hook of this ball, making it more predictable and consistent in the first half of the lane.

At least, this probably has been the idea of Hammer. And judging by buyer reviews, Black Widow does deliver on its promise, boasting strong mid-lane action with consistency in the earlier portion of the lane. For a skilled player, Black Widow may be the very best bowling ball for hooking out there. Read more reviews. 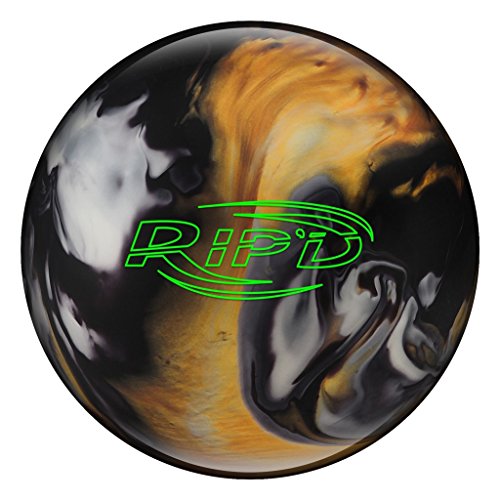 Thanks to the coverstock, expect Rip’D Solid to be more aggressive and less predictable than Black Widow. This means that this “hooking monster” (as one reviewer described it) may be less beginner-friendly. Read more reviews. 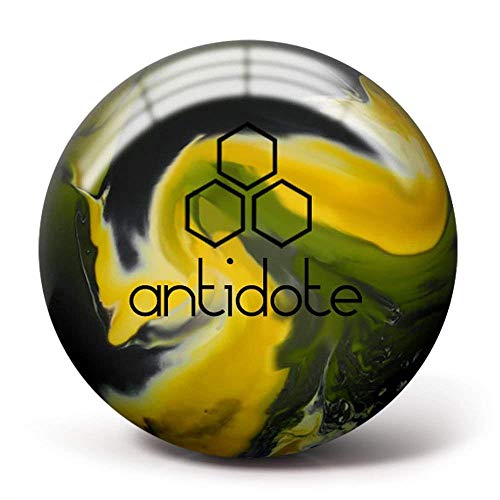 Pyramid Antidote is a bowling ball with quite a strong mid-lane hook patterns. Thanks to its smoother coverstock, it isn’t too prone to hooking earlier. However, with its high flare potential, it will go into a hook mid-lane, while the smooth coverstock won’t allow it to get too aggressive and unpredictable.

With its pretty restrained hook potential, Antidote should be a good option for people transitioning from entry-level to higher-performance balls. Many people have also liked its color scheme, and if appearance matters to you, then this may be that best bowling ball for hooking. Read more reviews. 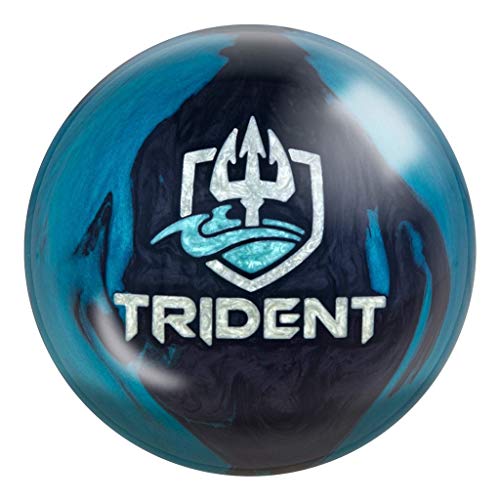 The Motiv Trident might seem similar to the Antidote bowling ball – they have similar RG and differential values, as well as the same grit. However, since Trident has an asymmetric core, it will likely deliver a stronger hooking action in the middle.

And as claimed by Motiv and testified by buyers, The Trident hooks hard in heavy oil, retaining energy until the end to deliver a stronger blast to the pins. Read more reviews. 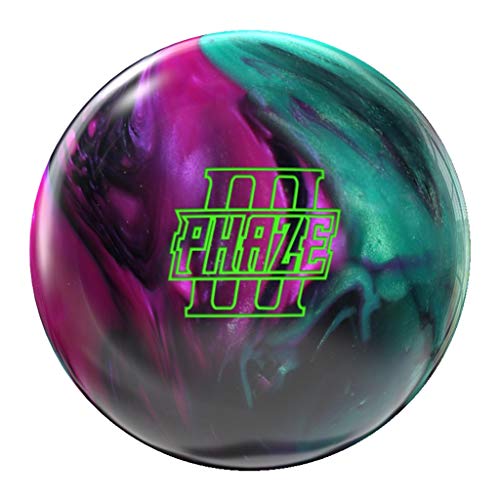 The Storm Phaze III bowling ball has a restrained and forgiving hook potential that should be excellent for newbies. Although this thing has a pretty high flare potential, its hybrid coverstock won’t overreact to the oiled portion of the lane, delivering smoother action.

Notably, Storm Phaze III is also grapevine-scented, and a lot of people liked this feature, though it certainly won’t affect your performance. Read more reviews. 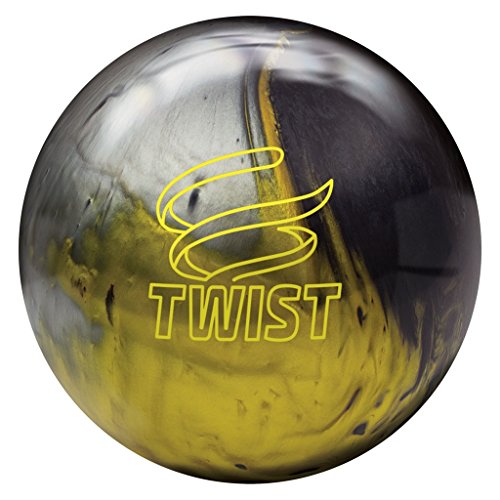 Brunswick’s Twist is a very forgiving ball that is excellent for entry-level players. With its low differential and reactive pearl coverstock, Twist won’t be entering a hook too early. The rough surface evens things out a bit by adding traction and increasing hook potential, but it doesn’t make this ball too inconsistent.

Overall, the Brunswick Twist bowling ball is a great affordable bowling ball that has been praised for its beginner-friendliness. Read more reviews. 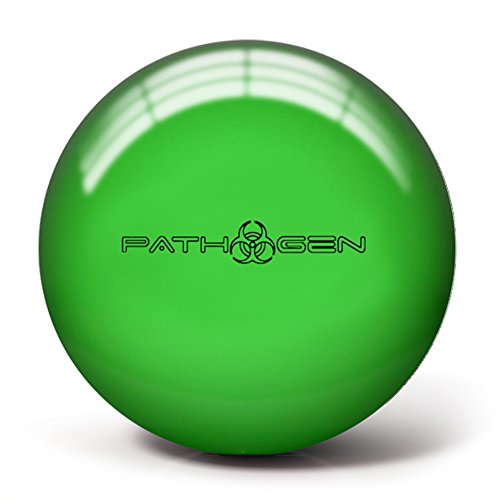 The Pyramid Pathogen ball essentially is a low-diff variant of the Pyramid Antidote. Due to its lower differential and weaker flare, Pathogen will deliver later action than Antidote.

The increased length along with an accentuated hook at the back lane received high praise from the buyers, and maybe you will like the character of this ball as well. Read more reviews. 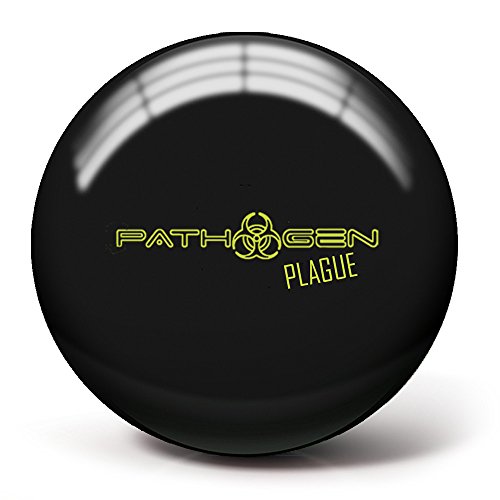 Pathogen Plague is a variant of the Pathogen with a urethane coverstock and a rougher finish. What the urethane coverstock means is that this bowling ball will deliver weaker but more controllable action. At the same time, the coarse finish will somewhat increase its hook potential while keeping it predictable.

In dry conditions, Pathogen Plague should be a pretty good ball. In fact, one reviewer claims that their pro shop owner called this ball the best urethane ball around! Read more reviews. 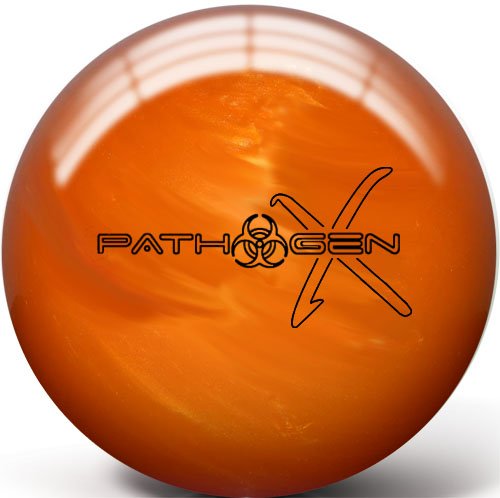 Finally, we have Pyramid Pathogen X, which is pretty much identical to Path Rising apart from the surface finish. With a smoother coverstock, Pathogen X should deliver smoother action in the back-end.

As a back-lane ball, Pathogen X may take a while to get used to it. However, it should be more beginner-friendly than Path Rising due to its weaker back-lane action. And judging by buyer reviews, it’s quite easy to get the hang of. Read more reviews.

Things To Look For In The Best Bowling Ball For Hooking

At first, you might think choosing the best hooking bowling ball is easy. However, there is a wide range of factors you will need to consider before making your final purchasing decision. This is especially important when you are looking for a bowling ball with the ultimate hook potential.

So how do you choose the best bowling ball for hooking? Well, to help you get started, we’ll briefly cover important features to look for when shopping for a bowling ball with good hook potential.

We should also talk about subtypes of reactive coverstocks:

Which coverstock would the best bowling ball for hooking have? Well, the reactive resin has the highest hook potential, but when it comes to its subtypes, preferences will start mattering.

Basically, pancake cores deliver the least hook potential, symmetric ones are somewhere in the middle, whereas asymmetric cores generally have aggressive hooks.

You can’t really determine a ball’s overall hook potential based on the core alone – you also need to count in other factors like coverstock material, RG, and differential. But all things equal, expect an asymmetric core to have more hook potential than other core types.

RG (standing for the radius of gyration) measures the distribution of mass inside the ball. The values of RG go from 2.460 to 2.800. The higher the RG, the later the ball will hook. Thus, a ball with very high RG will deliver a longer straight trajectory and a sharper hook at the end, while a ball with a low RG will hook earlier but will have a smoother arc.

A ball with low differential will probably have a sharper hook at the end and increased length.

Here, things are simple – the coarser the surface (= lower the grit number), the higher the friction is, and the earlier the ball will want to hook. A smoother ball will thus start hooking towards the end and will have a weaker arc but stronger back-end action.

Some people may think that there is a best bowling ball weight for hook, but that’s not quite true.

However, the RG and differential values of a given ball may differ depending on weight, altering performance based on weight. Although there is no such thing as best bowling ball weight for hook potential, you should be aware of the specs of the preferred ball weight.

Another important factor that definitely contributes to a better hooking technique is having your bowling ball fit your hand perfectly. Usually, when you make your purchase, you are able to choose different standardized size measurements for your fingers or even request personalized drilling for your hand.

Some sellers even offer drilling insurance to assure everything fits well and you don’t regret your purchase.

Which Best Bowling Ball for Hooking To Choose?

So which one would be that best bowling ball for hooking?

If you are a complete newbie, then we think that the best bowling ball for hook beginners would be something like MICHELIN Storm Phaze III or Brunswick Twist. What makes these balls great for beginners is their smooth and non-aggressive action.

If you are a little more skilled, then consider something like Hammer Black Widow, Pyramid Path Rising, or Motiv Trident – these are pretty aggressive balls that can make very fancy shots.

That’s it for our reviews of the best hooking bowling balls!

Have you identified your personal best bowling ball for hooking from our roundup? If not, then, as mentioned at the beginning, we would personally recommend Hammer Black Widow due to its wild mid-lane performance.

The Black Widow won’t be the best bowling ball for hooking for every buyer, but if you have the skill, it can elevate you to completely new heights on the lane.

As you see, there are many best bowling balls for hooks available in the market today. We hope that this article will help you find the most suitable one for your particular styles and needs!