Chinese Hacky Sack, also known as Chapteh, Jianzi, Da Cau, Kikbo, Shuttlecock kicking, or simply foot badmington is an extremely fun Asian kicking game. While the rules are similar to American hacky sack, the ball is nothing like a footbag.

According to this article, the origin of Chinese hacky sack (Jianzy) is in the 5th century BC China. It is estimated that the game was invented with the purpose to train soldiers and improve their physical fitness and that at some point later on in history Chinese monks practiced Jianzi as a way to improve their martial arts skills (If you ever saw professional Jianzy players you can definitely see how).

Jianzi or Jian-Zi is the common Chinese name while Chaptehis the common Malaysian name. If you travel through China and south-east Asia you will find out the game has a different name (sometimes more than one) in each country.

The names Chapteh, Jianzi, Da Cau, Kikbo, Shuttlecock kicking, or simply foot badminton all refer to the same game, where the players kick a ball with a tail of features attached to it.

Most Popular Jianzi in 2022

The way the Jianzy is built is what makes it so fun to play with. It has a special structure that makes it heavy enough for a solid kick but still aerodynamic enough to delay in the air.

The ratio between the number of feathers on the Jeanzi, their length, and the weight of the disks will affect the way it flies, its balance, how gentle each kick has to be, and how fast the players have to react.

The professional Jianzi feather ball that is used in official competitions must include the following qualities:

These are the official measurements, but walking around southeast Asia and China parks where the local play for fun you see so many types of feather balls (a lot of them handmade) that fly amazing. So it’s more of a personal taste.

How is the Chinese Hacky Sack Played?

Jianzi can be played just for fun without keeping score

In this case, people play alone, in couples or in big groups, and just pass the ball around trying to keep it in the air for as much as they can. Like a passing game.

The two players will stand in front of each other and pass the ball from one to another. A number of aloud failed returns will be agreed at the beginning, the person that reaches that number first is the loser. For example, if the agreed number is 10 fails. Then the first player that fails to pass the ball back to the other player 10 times loses. To decide who is the player to “open” both players bunce the Jianzi on their heels. The one with the most bounces wins.

Groups competition
Usually played with rules similar to the regular shuttlecock or volleyball rules. Each group will include 3-4 players. The groups will stand facing each other and a ‘head hight’ net will separate between them. The goal of each team is to make the Jianzi hit the floor on the other team area and to keep their floor “clean”. The players can use only their legs to hit the ball.

1. Durability
As a beginner your Jianzi will get beaten up pretty fast, so you want to get a strong one and not a gentle one.

2. Base Diameter
It’s good to start with a big base since this way it’s easier to not miss the ball. So you can improve your leg-eye coordination gradually

3. Feathers
Widespread feathers last longer in the air than these ones that are held together like an arrow tail. So are recommended for practicing players.

In the list below you’ll find some great Jianzi for beginners. I believe the shuttlecock by Panda is the most suitable for beginners and gives the best value for money. 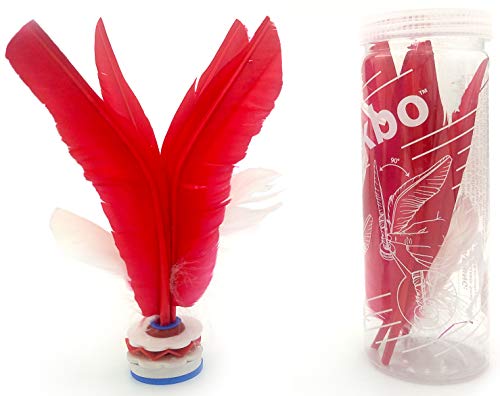 This ball by Viahart is the most popular jianzi on amazon. 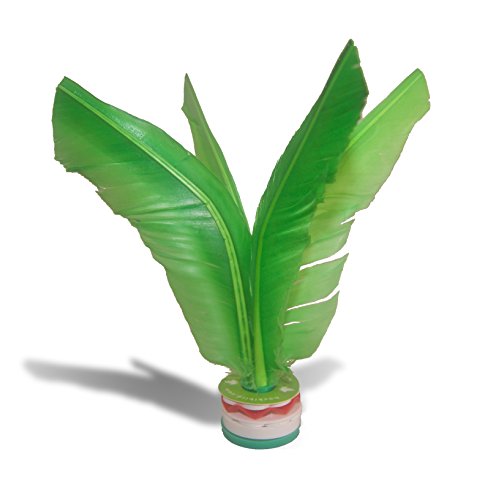 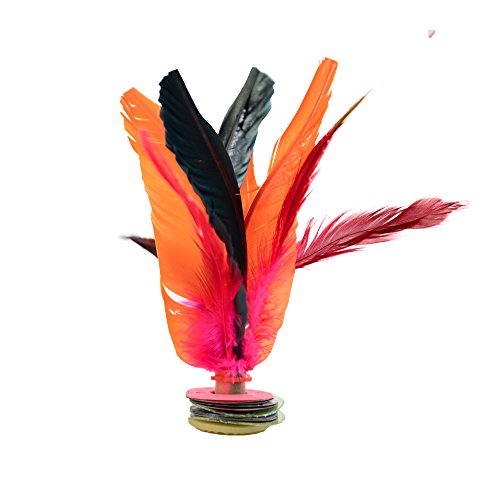 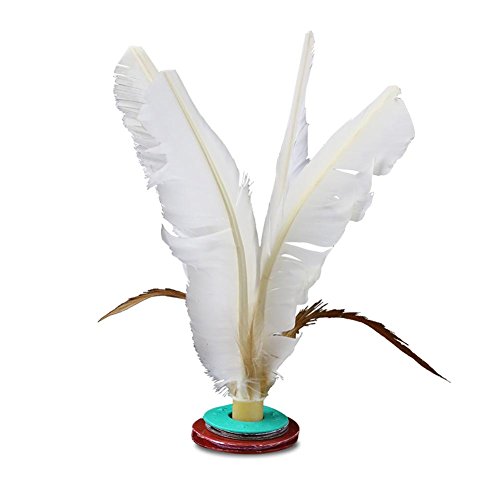 Panda shuttlecock Panda superstore has all the elements for beginners. It has a big base and long feathers. Plus it’s very durable. Most suitable for beginners and gives the best value for money.

Thank you for reading.